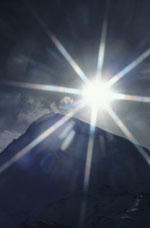 New Age spirituality is characterized by an individual approach to spiritual practices and philosophies, while rejecting religious doctrine and dogma.

Yet New Age spirituality is very hard to pin down or categorize. There is no particular dogma, central organization, or particular leader. It's truly an amalgam of various ideas and leaders and if asked a follower would be hard pressed to name any one belief system they prescribe to. At best, most would say the are just seeking "the truth" wherever they can find it.

The New Age Movement includes elements of older spiritual and religious traditions ranging from atheism and monotheism through classical pantheism, naturalistic pantheism, and panentheism to polytheism combined with science and Gaia philosophy. In many ways, elements of psychology and philosophy play a major role in its belief systems — existential philosophy and jungian psychology in particular.

Where Did It Come From?

The modern New Age Movement emerged as a distinct lifestyle from the late 1960s through the early 1970s, although elements can be traced back to the 19th and early 20th centuries. It gained momentum in the 1980s and strengthened with the Harmonic Convergence event in 1987. Diverse individuals from around the world practice New Age spirituality.

In many ways the hippie counter culture movement of the 60s and 70s, through it's use of psychedelic drugs, became heavily involved with new age spiritual thought. The tone of religious and spiritual experimentation of the times contributed heavily to people's openness to trying new approaches to God and spirituality. It was not uncommon for hippies to take whatever part of any religion it felt offered truth and combine it with others to create a spiritual smorgasbord.

Recent surveys of US adults indicate that many Americans hold at least some new age beliefs:

A longitudinal study from 1991 to 1995 shows that New Agers represent a steady 20% of the American population, and are consistently the third largest religious group.

The Law of Attraction - The Secret

The term New Age was used as early as 1809 by William Blake who described a belief in a spiritual and artistic "New Age" in his preface to Milton: a Poem. The Freemasonry journal of the 1800s was titled The New Age.

Some of the New Age Movement's constituent elements appeared initially in 19th century metaphysical movements. Spiritualism, Theosophy, and New Thought and also, alternative medicine movements chiropractic and naturopathy. These movements in turn have roots in Transcendentalism, Mesmerism, Swedenborgianism, and various earlier Western esoteric or occult traditions, such as the hermetic arts of astrology, magic, alchemy, and Kabbalah.

A weekly journal of Christian liberalism and socialism titled The New Age was published as early as 1894. It was sold to a group of socialist writers headed by Alfred Richard Orage and Holbrook Jackson in 1907. Other historical personalities were involved including H. G. Wells, George Bernard Shaw, and William Butler Yeats. The magazine became a forum for politics, literature, and the arts.

Between 1908 and 1914, it was instrumental in pioneering the British avant-garde from vorticism to imagism. After 1914, publisher Orage met P. D. Ouspensky, a follower of G. I. Gurdjieff, and began correspondence with Harry Houdini, becoming less interested in literature and art, with an increased focus on mysticism and other spiritual topics.

In the early to middle 1900s, American mystic, theologian, and founder of the Association for Research and Enlightenment Edgar Cayce was a seminal influence on what later would be termed the New Age Movement. He was known in particular for the practice some refer to as channeling. 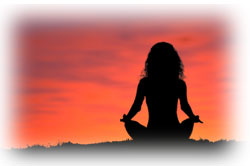 Carl Gustav Jung, the noted psychologist, was an early proponent of the concept of the Age of Aquarius. In a letter to H. G. Baynes, dated 12 August 1940, he wrote in a passage concerning the destruction of the temple of Karnak by an earthquake in 26 BC.

As he said "1940 is the year when we approach the meridian of the first star in Aquarius. It is the premonitory earthquake of the New Age."
Carl Jung

The subculture that would later take on the descriptive term New Age already existed in the early 1970s, based on and continuing themes originally present in 1960s counterculture.

Widespread use of the term New Age began in the mid 1970s (reflected in the title of monthly periodical New Age Journal) and probably influenced several thousand small metaphysical book and gift stores that increasingly defined themselves as "New Age bookstores".

As a result of the large-scale activities surrounding the Harmonic Convergence in the mid 1980s – the term was further popularized by the American mass media to describe the alternative spiritual subculture – including practices such as meditation, channeling, crystal healing, astral projection, psychic experience, holistic health, simple living, and environmentalism. Environmentalism is the belief in phenomena such as Earth mysteries, ancient astronauts, extraterrestrial life, unidentified flying objects, crop circles, and reincarnation.

There were several key moments in raising public awareness of this subculture:

Also influential were the claims of channelers Jane Roberts (the Seth Material) and J. Z. Knight (Ramtha), as well as revealed writings A Course in Miracles (1976) by Helen Schucman, The Celestine Prophecy (1993) by James Redfield, and Conversations with God (1995) by Neale Donald Walsch.

A Presentation By Wayne Dyer About Spiritual Energy and Truth

Many of the beliefs and practices of New Age adherents are not unique to the movement and often come from other religious, psychology, or cultural ideas. Here's just a small sampling of some of the major concepts within the movement.

There is a general and abstract idea of God, which can be understood in many ways; seen as a superseding of the need to anthropomorphize deity. Some see God as both transcendent (outside of us) and immanent (inside of us).

Spiritual beings Gods, angels, Ascended Masters, elementals, ghosts, faeries, Spirit guides and extraterrestrials can spiritually guide a person, if they open themselves to their guidance.

Consciousness persists after death as life in different forms; the afterlife exists for further learning through the form of a spirit, reincarnation and/or near-death experiences. There may be a belief in hell, but typically not in the traditional Christian sense or Islamic sense of eternal damnation. Universalist views of the afterlife are common.

The Law of Attraction

This spiritual law says that we attract joy or sadness, success or failure, love or non-love by asking for it and therefore attracting it into our lives.

From Buddhist and Hindu beliefs, karma is the "lesson plan" that accumulates as a result of good and bad choices we make. Bad choices must be reconciled to achieve higher levels of consciousness.

Taken from Hindu and Buddhist beliefs, the concept of a transcendence of our ego is central to many New Age beliefs. Thus the higher Self is able to take over from the lower self and no longer needs to identify with the idea of a separate personality or identity.

In New Age thinking, the ego is our false view of ourselves as body or personality which must be transcended to achieve the stage of Enlightenment in this life.

Again, taken from Hindu/Buddhist beliefs, the idea that we live many lives on our way to Enlightenment and back to God realization.

Horoscopes and the Zodiac are used in understanding, interpreting, and organizing information about personality, human affairs, and other terrestrial matters.

Life has a purpose; this includes a belief in synchronicity—that coincidences have spiritual meaning and lessons to teach those whom are open to them. Everything is universally connected through God and participates in the same energy. There is a cosmic goal and a belief that all entities are (knowingly or unknowingly) cooperating towards this goal.

Children are being born with a more highly developed spiritual power than earlier generations.

There are opportunities to learn about one's self and relationships are destined to be repeated until they are healthy.

An important aspect of perception – offset by a somewhat strict rationalism – noted especially in the works of psychologist Carl Jung.

Positive thinking supported by affirmations will achieve success in anything; this is based on the concept that Thought Creates. Therefore, as one begins focusing attention and consciousness on the positive, on the "half-filled" glass of water, reality starts shifting and materializing the positive intentions and aspects of life. A certain critical mass of people with a highly spiritual consciousness will bring about a sudden change in the whole population. Humans have a responsibility to take part in positive creative activity and to work to heal ourselves, each other and the planet.

The human mind has much greater potential than that ascribed to it and is even capable of overriding physical reality.

Humans have potential healing powers, such as therapeutic touch, which can be developed to heal others through touch or at a distance.

This is just a fraction of what the New Age Religious Movement is about.

An excerpt from the book The Major Religions Of The World... Revisited

Monism underlies Hinduism and Buddhism, but it is also of interest to some in the West who are seeking for a way to tie together all the opposites, and conflicts, that they see in the Universe

The claim of this monism is that there is one final ultimate substance.  I t may be mind, matter, or some third thing that is some combination of both .

Various New Age isms are drawn to its kind of thinking.


In many ways the hippie movement of the 60s and 70s, through it's use of psychedelic drugs, became heavily involved with new age spiritual thought.

The tone of religious and spiritual experimentation of the times contributed heavily to people's openness to trying new approaches to God and spirituality. It was not uncommon for hippies to take whatever part of any religion it felt offered truth and combine it with others to create a spiritual smorgasbord.