About Robert Fawcett - the Author 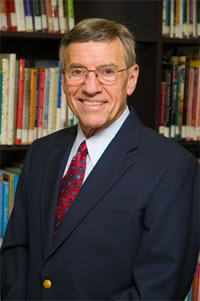 Robert Fawcett is a businessman turned author. After writing essays and papers on the subject of religion, he was encouraged to turn this study on the major religions into this book.

He is quick to add, “I’ve had those same questions / thoughts / confusions about religion too. I have heard that there are some one million scholarly works on the subject of comparative religion, so I am not writing to add to the academic conversation – I am merely writing to satisfy my own personal desire to find truth. A wise man once said: "I don’t know what you think until I read what you write."

Fawcett was raised in Texas, and comes from a ranching family. As a matter of interest, the story of this family is told in a book: A Texas Ranching Family, The story of E. K. Fawcett. (Author House: Bloomington, IN 47403. Author: John K. Finegan. 2007)

He attended Southern Methodist University where he studied Finance. A call to duty interrupted those studies when he chose to serve in the Marine Corps. He then returned to SMU, continuing his education.

His greatest accomplishments in business came in the field of transportation. Guiding logistics and distribution from his position as CEO, he built a trucking company from the ground floor to one that would influence retail distribution on a national scale. That company was sold in 2007.

Fawcett resides in the mountains of Colorado with wife, Sallie. They have been blessed with two children, and four grandchildren.