Critical scholars (who may, or may not, be observant Jews), reject the claim that sacred texts, including the Hebrew Bible were either dictated by God or divinely inspired. Instead, they see these texts as authored by humans and meaningful in specific historical and cultural contexts. 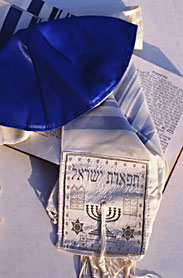 Many of these scholars accept the general principles of the documentary hypothesis, and suggest that the Torah consists of a variety of inconsistent texts edited together in a way that calls attention to divergent accounts.

These scholars have various theories concerning the origins of the Israelites and Israelite religion. Most agree that the people who formed the nation of Israel during the First Temple era had origins in Mesopotamia and in Egypt, although some question whether any or all of their ancestors had been slaves in Egypt.

Many suggest that during the First Temple period, the people of Israel were henotheists, that is, they believed that each nation had its own god, but that their god was superior to other gods. Some suggest that strict monotheism developed during the Babylonian Exile, perhaps in reaction to Zoroastrian dualism.

In this view, it was only by the Hellenic period that most Jews came to believe that their God was the only God (and thus, the God of everyone), and that the record of His revelation (the Torah) contained within it universal truths.

This attitude reflected a growing Gentile interest in Judaism (some Greeks and Romans considered the Jews a most "philosophical" people because of their belief in a God that cannot be represented visually), and growing Jewish interest in Greek philosophy, which sought to establish universal truths, thus leading - potentially - to the idea of monotheism, at least in the sense that "all gods are One."

It was also at this time that the notion of a clearly bounded Jewish nation identical with the Jewish religion formed.

According to one scholar, the clash between the early Christians and Pharisees that ultimately led to the birth of the Christian religion and Rabbinic Judaism reflected the struggle by Jews to reconcile their claims to national particularism, and theological universalism.

Herzog states that "The question about the date at which monotheism was adopted by the kingdoms of Israel and Judea arose with the discovery of inscriptions in ancient Hebrew that mention a pair of gods: Jehovah and his Asherah.

The origins of Yahweh himself may be rooted in earlier Canaanite religion, which was centered on a pantheon of gods much like the Greek pantheon. Ba'al is the most recognized of this pantheon, mentioned over sixty times in the Bible.

Ba'al was the storm-god and the god of fertility to who worship is repeatedly forbidden in the Tanakh. In a society focused on survival, fertility represented the ultimate good.

He was not, however, the head of the pantheon. That title belonged to El, the Compassionate. According to a theory originally posited by Mendenhall, a group of oppressed and self-marginalized people, the 'apiru (a term for people who stood outside the established order, also possibly the origin of the word Hebrew) began to worship El as their primary deity.

The worship of the god known as Yahweh, not originally a Canaanite god, was probably developed in south of the Levantine region, in Midian and brought to the region of the Levant by a group of nomads from the south (slaves from Egypt, according to biblical tradition). The foreign god Yahweh is believed to have become amalgamated with the native god El and taken on many of his characteristics: an aged god; a wise god; even the creator god.

As further evidence for the amalgamation, the Tanakh uses the word "El" for God. Notably, the Priestly source uses the term "El-Shaddai" for God. El-Shaddai most likely means "El, the mountain one," in reference to El's terrestrial dwelling.

Israel as a new, established ethnic group is generally thought to have consolidated in the twelfth century BC. Although some archaeologists, notably Israel Finkelstein, reject the claim that Israel was a coalition of oppressed peoples, arguing that the emergence of the Jewish people as a distinct ethnos did not occur until the ninth or eighth century BC.

Eventually, Judaism dropped all associations with other gods and goddesses of the Canaanite pantheon and become monotheistic. When exactly this occurred, however, is also debated. Plausible cases have been made for the continued worship, or veneration, of Asherah by the Israelites, as Yahweh's consort, well after the amalgamation of Yahweh and El and the official orthodoxy of that preached Yahweh-alone. 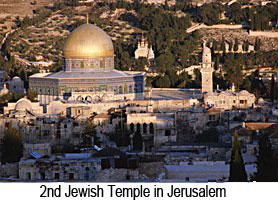 Asherah, El's consort in the Canaanite pantheon, is mentioned over forty times in the Tanakh, usually within the context of a condemnation of the worship of her or the use of her cult symbol, believed to be that of a stylized tree. Not quite a graven image, it is believed to have been generally-tolerated (amongst the people if not the official orthodoxy) as a common tool of worship among Israelite women.

Inscriptions from Kuntillet' Ajurd and Khirbet el-Qom refer to "Yahweh and his Asherah." It is debated whether the inscriptions refer to Asherah the goddess or "the Asherah," a symbol of Asherah's cult. In either case, Yahweh is undoubtedly associated with Asherah. Just as Yahweh took up many traits of El's; it is perceived as likely that he also took up El's consort.

A likely influence on the final purge of Asherah and all Canaanite gods from Israelite religion was Josiah's reformation, believed to have taken place in 621 BC. 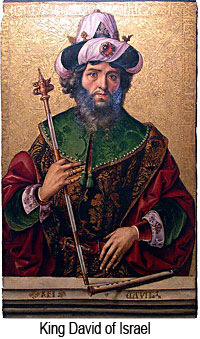 The United Monarchy was established under Saul and continued under King David and Solomon with its capital in Jerusalem. After Solomon's reign the nation split into two kingdoms, the Kingdom of Israel (in the north) and the Kingdom of Judah (in the south).

The Kingdom of Israel was conquered by the Assyrian ruler Sargon II in the late 8th century BC with many people from the capital Samaria being taken captive to Media and the Habor valley. The Kingdom of Judah continued as an independent state until it was conquered by a Babylonian army in the early 6th century BC, destroying the First Temple that was at the center of ancient Jewish worship.

The Judean elite were exiled to Babylonia and this is regarded as the first Jewish Diaspora. The term diaspora refers to the movement of any population sharing common ethnic identity who were either forced to leave or voluntarily left their settled territory, and became residents in areas often far remote from the former. The eventual Jewish Diaspora encompassed most countries of the world.

Later many of them returned to their homeland after the subsequent conquest of Babylonia by the Persians seventy years later, a period known as the Babylonian Captivity. A new Second Temple was constructed, and old religious practices were resumed.

During the early years of the Second Temple, the highest religious authority was a council known as the Great Assembly, led by Ezra of the Book of Ezra.

Among other accomplishments of the Great Assembly, the last books of the Bible were written at this time and the canon sealed. Hellenistic Judaism spreads to Ptolemaic Egypt from the 3rd century BC, and becomes a notable religio licita throughout the Roman Empire, until its decline in the 3rd century parallel to the rise of Gnosticism and Early Christianity.

After a Jewish revolt against Roman rule in 66 AD, the Romans all but destroyed Jerusalem. Following a second revolt, Jews were not allowed to enter the city of Jerusalem and most Jewish worship was forbidden by Rome.

Following the destruction of Jerusalem and the expulsion of the Jews, Jewish worship stopped being centrally organized around the Temple, prayer took the place of sacrifice, and worship was rebuilt around rabbis who acted as teachers and leaders of individual communities (see Jewish diaspora above).