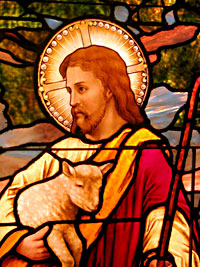 Christianity is the religion that traces its origins to Jesus of Nazareth, whom it affirms to be the chosen one, the Messiah (Hebrew for “the anointed one”) who was to be Immanuel (Hebrew meaning, “God with us.”). The history of Christianity begins there with the birth of Jesus and through his ministry some 28 years later.

“Christ” is the Greek translation of the Hebrew word “Messiah.” So, he became known as Jesus the Christ, or Jesus Christ. People accepting Christ as their savior, the messiah, are called Christians.

Christianity is a historical religion, being founded not on abstract principles, but in concrete events, actual happenings.

The history of Christianity begins in Israel, over 2000 years ago, in what was then the ancient land of Palestine, with the short three-year ministry of this man, Jesus of Nazareth. His ministry culminates in his Crucifixion and Resurrection in Jerusalem. Here the Apostles and other disciples lived and taught out of this city for some 40 years.

An Introduction to Christian History

It is important to remember that Christianity grew out of, and is a continuation of, Judaism.

Originally Was Part of Judaism

The background is that the Jews had been waiting for a leader who had been promised centuries before by the prophets. They believed that this leader – the Messiah – would rescue them from their Roman oppressors, and establish a new kingdom. As their king, he would rule with justice. However, many Jews overlooked prophecies that also spoke of this king as a suffering servant who would be rejected, and killed. How could this humble carpenter’s son from the town of Nazareth be their king?

There is a misconception regarding the acceptance of Jesus by the Hebrew people. While it is very true that the religious leaders and political leaders rejected Jesus as the Messiah, many Jewish people (really, by the droves) did embrace Jesus in the early years of the Church, and this is how Christianity received its start. Its beginning was inside the Jewish religion, it became a sect of Judaism. It began to grow, and with the destruction of Jerusalem by the Romans in the year 70 AD and the dispersing of Jews (The Diaspora) all over the Roman Empire, Christianity began its growth. 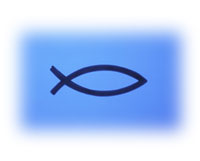 Christianity is the religion of one-third of the population of the earth. Some 2 billion people are identified in some way or other with the Christian movement with substantial populations on every continent. Despite its representation and support in many lands today, Christianity has been principally a Western phenomenon. Yet the influence of Christianity extends beyond the borders of traditional Christendom. It has affected other religions, and its characteristic and distinguishing attitudes and habits continue to shape the character of individuals and nations that no longer live by its creed.

This Christian event became so colossal, that the calendar for the entire world is marked by the birth of Jesus. The Gregorian Calendar, introduced by Pope Gregory XIII, is a corrected form of the Julian Calendar, introduced by Julius Caesar. “Anno Domini” is Latin meaning “In the Year of the Lord” which is abbreviated as AD, or A.D. based on the year of the birth of Jesus. Similarly, “Before Christ” which is abbreviated as BC, or B.C., is English to denote years before the start of this new and important period in the history of the world.

So, Christianity was founded around the year 29 AD. Jesus of Nazareth was born somewhere around the year 0, died at 32 years of age, and was resurrected. He is considered the Christ, the Messiah by his followers. The effects of his life, the response to his teachings, and the experience of his death and Resurrection were the beginnings of the Christian community.

When Peter, Christ’s apostle, is represented in the New Testament Bible as confessing that Jesus is “the Christ, the Son of the living God,” he speaks for Christianity of all ages. And it is in response to this confession that Jesus is described as announcing the foundation of the Christian church: “You are Peter, and on this rock I will build my church, and the powers of death shall not prevail against it.”

Throughout its history, this religion has weathered schisms and theological disputes that have resulted in many distinct churches. In the 11th century the Great Schism took place between Rome and Constantinople (modern day Istanbul, Turkey), which led to the separation of The Church into the Western Church, and the Eastern Church. There were doctrinal issues like the filioque clause (wording in the Nicene Creed) and the authority of the Pope (the Bishop of Rome, also with title of Patriarch) involved in the split, but these were exacerbated by cultural and linguistic differences between Latins and Greeks.

While cultural difference occurred over time, probably the major problem was language. Latin was the language of Rome, while Greek was really the common language of the world, and particularly in the East.

So, the main branches of Christianity are the Eastern Church, known as the Orthodox Church or the Greek Orthodox Church or the Orthodox Catholic Church, and the Western Church, known as the Roman Catholic Church. Then, through further theological disputes, there have been many divisions in both the Eastern church and the Western church to create other distinct churches.

However, it is really important to realize that all Christian faiths are on the same frequency. The fundamental beliefs have not changed over all these centuries, in spite of all this splintering that has occurred into various denominations. The Bible (Old Testament and New Testament) is central to all.

Christian faiths (whether Orthodox or Roman Catholic, whether Russian Orthodox or Protestant faiths such as Baptist or Anglican) and their common beliefs are summarized in the Creeds, primarily the Nicene Creed and the Apostle’s Creed. Either one of these Creeds or both is accepted by every Christian faith, and therefore, they have a great deal in common with each other.

It is really important to realize that all Christian faiths are on the same frequency.  The fundamental beliefs have not changed over all these centuries, in spite of all this splintering that has occurred into various denominations. The Bible is central to all.

Christian faiths (whether Orthodox Catholic church or Roman Catholic church, whether Russian Orthodox church or Baptist church or the Anglican communion or an independent Bible church) and their common beliefs are summarized in the Creeds, primarily the Nicene Creed and the Apostle's Creed.

Either one of these creeds, or both, is accepted by every Christian faith, and therefore, they have a great deal in  common with each other.

....and the chapter continues.