You can view excerpts of these reports below.

The Creation of the Bible -- The Holy Scriptures

(The Making of the Bible) 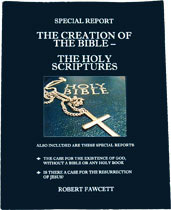 An excerpt from this Special Report ....

The one subject that has always been a mystery to me is the creation of the Bible.

At the layperson, or congregation level (again, at my level), no one really talks about it that much.  It just seems to be so sacred that everyone, by and large, just simply leaves it alone; including all the main folks of the Eastern Church (the Orthodox Catholic Church, or the Orthodox Church) the Western Church (the Roman Catholic Church) and yes, even the Anglican Communion and all spin-off denominations.

Given the sheer amount of religious persecution, turmoil, grief, aggravation, and brain damage passed around amongst everyone within the Christian faith over the centuries, even today, it causes one to smile.  Doesn't it?

The Case For The Existence Of God,

Without A Bible Or Any Holy Book 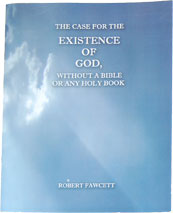 In the book "Is Jesus God?", it puts forward the following conversation held between a professor of a university and a student who said he was an atheist:

PROFESSOR: How can you say you are an atheist (meaning, there is absolutely no God) when you agree that you have less than one percent of total knowledge?

STUDENT:  I guess I need to say I am an agnostic – I don’t know if there is a God.

PROFESSOR:  Are you a hard agnostic, or a soft agnostic?

STUDENT:  What do you mean?

STUDENT:  I guess you would have to say I am a hard agnostic.

STUDENT:  No.  I can’t say for sure that I can be sure there is no God.

PROFESSOR:  You sound to me like a person who is saying, I have never seen any evidence that there is a God, so I don’t know if there is.

STUDENT:  That’s right.  I have never been exposed to any evidence about…God…life…life after death…or the ultimate meaning of life.

And, that is where we must start, with the question, Is there sufficient evidence for me to conclude that there is a God, and that I can have a personal relationship with Him?

And the report continues .....

Is There A Case For The Resurrection Of Jesus? 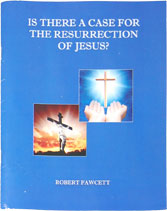 Jesus was crucified on the cross around the year 29 AD.  He was taken down from the cross, and was laid in the tomb of Joseph of Arimathea.  Historical documents state that a large stone, weighing between one and two tons, was placed at the front of the tomb.

On that stone was placed the Roman seal which had a psychological effect much like either the FBI or one of the military branches putting their seal on a door; meaning, someone breaks the seal, they have a problem, and their punishment is assured.

A Roman guard was then placed in front of the tomb to make sure nothing happened to the body.  That Roman guard consisted of between four and sixteen well-trained military men.  Yet, the tomb was empty three days later.